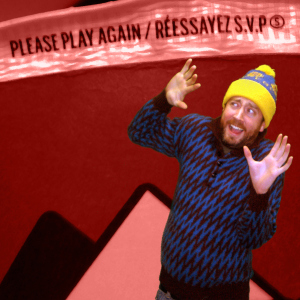 For those who don’t know, Ronnie Jimmie ‘The funniest man in Canada™’, is alive and well and living in Edmonton.

Fresh off his recent ‘Double Trouble’ tour, Jimmie is releasing the latest collection of his work in the form of a comedy album called ‘A Day Late and a Loonie Short’.

I was lucky enough to catch up with the former East Coaster at his home on the north side to not only ask him a few questions about he upcoming album, but to also find out where this can-con icon got his start in comedy.

He has been on the job for a while. In his first live recording, Ronnie Jimmie Having fun, things didn’t really go his way. Maybe it was the audience, maybe it was him, he isn’t really sure. One thing he is sure about though is the CBC really ‘Oh Shit’ the bed.